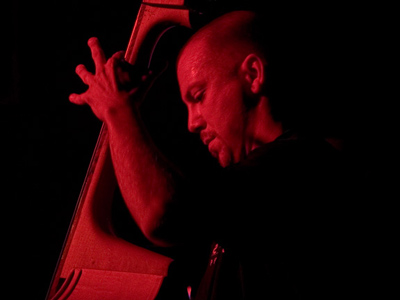 Cory is a Philadelphia born-and-raised architect, bassist/composer, and sound designer, and a graduate of Temple University School of Architecture. He is resident composer and sound designer for Kun-Yang Lin/Dancers and Birds on a Wire Dance Theater, and works with a variety of artists across the media spectrum, including the Walnut Street Theater, keila cordova dances, Krista DeNio/Echo Theater Suitcase, and as producer for Earthdance’s E|MERGE Interdisciplinary Collaborative Arts residency. Collectively, his experience spans many genres including jazz, hip-hop, experimental, classical, and pop music. Cory has collaborated with a variety of artists including music ensembles, dance companies, film directors, shadow puppetry and live sculpture, circus arts, and as technical consult for stage productions. He was the recipient of the American Association of Community Theater Sound Design Award in 2011 for Bootless Stagework’s production of Martin McDonagh’s The Pillowman, and a 2015 Rocky Award recipient for collaborative contributions in the Philadelphia dance community. He is a member of the bass section for the Abington Symphony Orchestra.

Cory’s visual art is based in painting and drawing, expressed in views of urban landscapes, as well as visually abstract statements that explore color, space and light, form, and texture. Cory’s visual work is often done in conjunction with his sound work to further explore these aspects. He has had his drawings displayed as part of the Carpenter’s Hall 200th Anniversary Exhibit, installations in Old City Philadelphia storefronts as part of the Windows Throughout Old City Exhibition, Fleisher Memorial School of Art, and in private collections around the country. In addition, he has done illustration work for web design, print, and tattoos.

Birds On A Wire Dance Theater

An Ode To Something; Experimental workshop in experiential sight / sound; Philadelphia, PA, 2014.

Graphical Scoring For Time-Based Media, workshop focusing on the reading, documentation, and analysis of various media within a work of time-based art.

You and Me Philly; Dir. and chor. by Tara Rynders; Live performance; Philadelphia, PA, 2014.